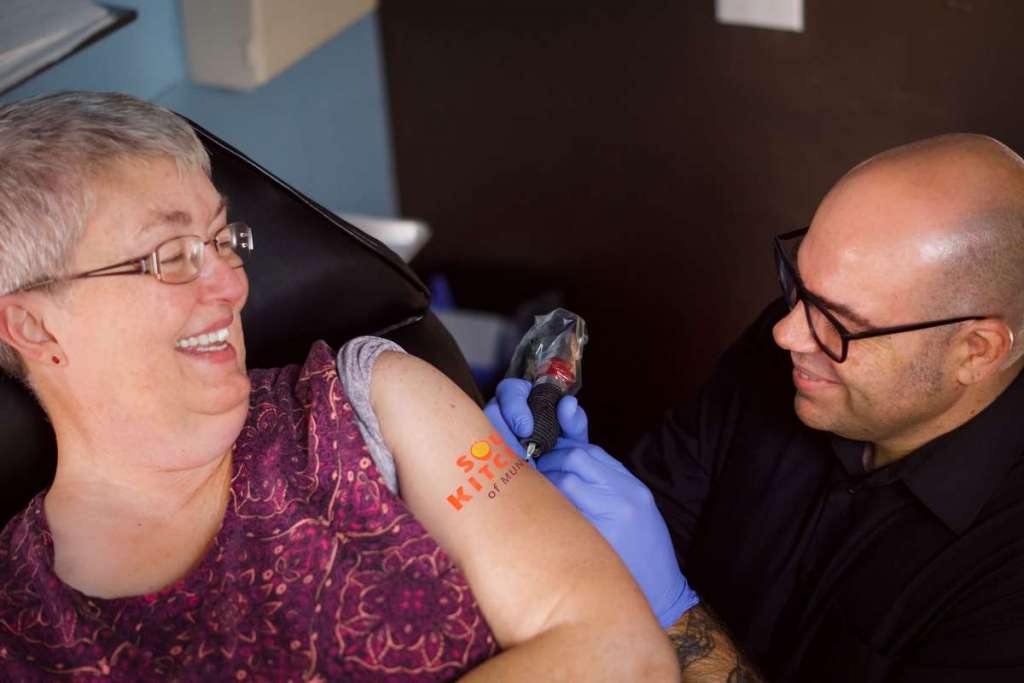 Loretta Will do ANYTHING for the Soup Kitchen!

We all know what a rock star Executive Director Loretta Parsons is at the Soup Kitchen. She keeps that place hopping 5 days a week serving nearly 300 meals per day and 70,000 per year. What you might not know is her backstory – how did she arrive at the Soup Kitchen of Muncie?

Loretta was born in Winchester, IN but her family moved to Muncie when she was 2. She graduated from Burris in 1967 and attended Ball State University for a brief time before starting her family. In 1975 she was hired by Ball Corporation working on the line, 3rd shift, at the closure plant. At a time in our history when women were typically looked over for management positions, she was promoted to “Foreman.” There wasn’t even a word for a female manager! She says that position would likely be called “Frontline Supervisor” today.

She was promoted again to Operations Analyst and in 1990 was named Operations Analyst for the consumer products division. Boss lady! This position allowed her to work a normal 8-5 schedule and spend more time with her 3 children.

Loretta retired from Ball Corporation in 2005 but was restless and decided she needed to do something to give back to the community. The Soup Kitchen idea stemmed from her St. Lawrence church group deciding to serve a “Sunday Supper” to anyone who needed it. She was a volunteer, cook, and eventually the Executive Director of the Soup Kitchen as we know it today.

This GivingTuesday (December 3rd) Loretta is asking you to help her continue to serve 70,000 meals in 2020 by donating to the Soup Kitchen at soupkitchenofmuncie.org. Your donation would be much appreciated by all!

Listen to Loretta on the Good Girl Gone Boss Podcast: